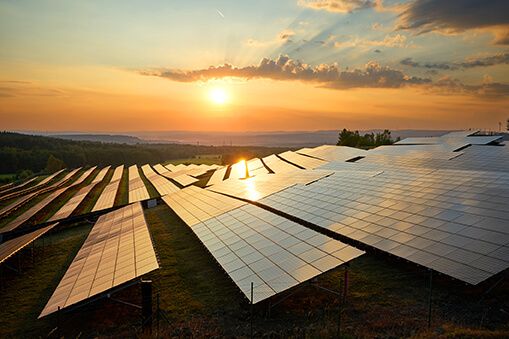 With the #metoo movement in full swing globally, the Barnaby baby mystery solved once and for all, and Stormy making it onto the list of top baby names for the first time since 1955, 2018 is gearing up to be a cracker. To add to the excitement, here are five top real estate trends you need to know about this year.

1. Interest rates will tick up

The good news for mortgage holders and aspiring homeowners is the Reserve Bank of Australia appears to be in no hurry to raise interest rates from the record low of 1.5%. RBA Governor Philip Lowe recently said the RBA “does not see a strong case for a near-term adjustment in monetary policy”.

However, independent consulting economist Saul Eslake says the next movement in interest rates will almost certainly be up, but that there is unlikely to be any move before August and possibly not until November.

The RBA will begin raising interest rates once it becomes confident that economic growth will pick up, that unemployment will decline and that inflation starts to move back towards its target of between 2 and 3%.

“No one should be unduly concerned that interest rates are going to rise soon or that whenever they do rise, they’ll rise quickly,” says Eslake, a Vice-Chancellor’s Fellow at the University of Tasmania and the former chief economist at ANZ bank.

However, that is only part of the picture because the money Australian banks lend to fund mortgages is made up of local deposits and money borrowed offshore. And so if bond market interest rates rise overseas, there is a chance that banks here will increase their mortgage rates a little.

But, once again there is good news for mortgage holders. Eslake says if banks raise rates independently of the RBA, the RBA will take that into account and probably hold off longer before raising the official cash rate.

Apartment prices on the east coast of Australia are likely to fall in the coming years thanks to the oversupply caused by the unprecedented building boom in units.

In a report on the housing outlook commissioned by QBE Lenders’ Mortgage Insurance late last year, BIS Economics notes that many markets are building too much housing stock, particularly units.

“With a strong unit pipeline in place (as reflected in building approvals), unit completions will remain high over the next year or two. The excess supply will discourage investors and decrease unit demand from this segment of the market,” BIS said it its report.

It is also forecasting unit prices will fall steeply on Australia’s east coast in the years to 2020. Sydney units will drop 3.8% , Melbourne 4.8% and Brisbane by 7.2%. Elsewhere, Perth will be mostly flat with prices in Canberra, Adelaide and Hobart to rise, with the Tasmanian capital forecast to climb 8.7%.

Along with the oversupply, restrictions on bank lending to investors are likely to further cool the apartment market.

3. The housing market will cool

After years of strong growth, Australia’s property market looks to finally be cooling. The national average house price fell 0.3% in January and is down 0.7% in the three months to the end of January, according to data from real estate analysis firm CoreLogic.

But Eslake says the housing market will hold up better than apartments, because they are different markets. Apartments are favoured by local and overseas investors while most Australian homebuyers aspire to a detached house.

“Even if there is noticeable downward pressure on apartment prices in Sydney, Melbourne, or Brisbane that’s unlikely to spill over to the price of detached dwellings,” says Eslake.

“Provided unemployment remains low or continues to fall and interest rates do not rise dramatically, then my expectation would be that demand for detached dwellings will hold up fairly strongly.”

Nonetheless, he says most markets have now passed their peak and he expects house prices to be flat to slightly down, with possible falls of 2 to 3% or at the most 5%.

4. Solar loans will be in high demand

Some homeowners are financing the installation of rooftop solar power by adding the cost to their mortgage. However, many lenders remain reluctant to bundle these sorts of loans in with the home loan.

This makes a lot of financial sense – analysis by uno finds that despite the substantial initial outlay for solar panels and installation, householders can save up to $1800 a year, money which they could use to pay off their mortgages more quickly.

“In the long run, homeowners who acquire better performing properties will benefit from these products, because they will be more likely to be able to achieve attractive financing terms from their banks as well as living in homes that need less energy for day-to-day activities,” he said.

5. Sydney will undergo a mass exodus

As Australia’s largest city becomes increasingly crowded and busy and house prices keep rising, more locals are leaving Sydney for other, quieter parts of the country.

Each day an average of 129 people leave Sydney for elsewhere in Australia. Only 85 move to Sydney from other parts of the country, according to an analysis of census data.

This doesn’t mean the population of the city is shrinking and the pressure will come off house prices. Sydney keeps growing thanks to births and foreign immigration. In fact, according to modelling by the NSW Department of Planning and Environment in 2016, the population will reach 6.4 million by 2036.

Even so, as communications technology and internet connectivity improve more people will have the option of living and working away from major cities.

Another big game changer will be driverless cars. These will turn cars into mobile offices – allowing commuters to work on their phone and laptops while they are driven to work, and making it more practical to live longer distances from major cities.