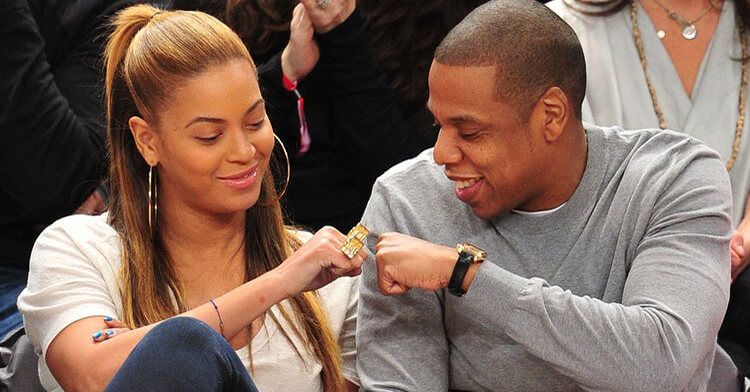 99 problems but a small mortgage aint one

Adding to their homes in New York and New Orleans, pop goddess Beyoncé and husband Jay Z became Los Angeles homeowners last year when they purchased a newly built mansion for US$88 million ($113 million). Like mere mortals, they also took out a mortgage.

Unless you’ve been living under a Californian desert rock, you would have heard that Beyoncé absolutely slayed Coachella, becoming the first African-American woman to headline the festival and bringing an all-singing, all-dancing performance The New York Times called “meaningful, absorbing, forceful and radical”. She even spawned a new twitter hashtag #beychella.

Adding to their homes in New York and New Orleans, Bey and husband Jay Z became Los Angeles homeowners last year when they purchased a newly built mansion for US$88 million ($113 million), which was the sixth largest home sale in Los Angeles history.

Beyonce and Jay Z, who have three children, didn’t just pay for this home in cash either, but took out a mortgage like mere mortals. According to website The Mortgage Reports, the hip hop power couple borrowed $52.8 million to pay for the home. They probably could have borrowed even more, but with three dependents, they’re borrowing power would have been somewhat reduced.

The number of dependents you have affects how much you can borrow as dependents come with their own set of expenses (clothing, school costs, those fabulous dresses Blue Ivy sports at ball games.

The Carters buy a house

Like anyone looking to buy a home, it helps to have a deposit saved. The Crazy in Love duo made a deposit on their Bel Air property of 40%. With a combined income of more than $1 billion, the Carters could have contributed more of a deposit. Here’s why they didn’t.

According to US site The Mortgage Reports, the price of homes in Bel Air California have increased more than 76% in the past five years. However, if prices stagnate and the Carters choose to sell, they won’t have all their cash tied up in the home.

The power couple took advantage of historically low interest rates in the US, choosing not to tie up too much of their money in the home. According to Business Insider, the Carters interest rate on the home is 3.4% and the loan is an interest-only 5-year adjustable rate mortgage (ARM).

An ARM is an American thing. It means they’re on a fixed rate for five years, upon which the couple will pay interest only and no principal, after which the rate changes on a specified schedule.

The equivalent in Australia might be for them to choose a 5-year interest only fixed rate and then change to a variable rate. However, in Australia it’s pretty hard for an owner-occupier to get a five-year fixed rate paying interest only. This is because ASIC has really clamped down on these sorts of loans as they can be very risky for the buyer. At the end of 5 years, the buyer has only paid off interest and technically doesn’t own any of the property.

Paying interest only for the first five years, Beyoncé and Jay Z will pay US$149,600 per month. According to The Mortgage Reports, they would also owe around $17,857 a month in taxes and at least $10,000 a month in homeowner’s insurance.

How often should I make repayments?

Lenders tend to calculate repayments on a monthly basis but will give you the option to pay back your loan fortnightly or even weekly. Going from a monthly to a weekly repayment schedule helps buyers pay off the loan faster and save on interest.

The maths behind this is very simple. The Carters are currently paying back $1,795,200 a year, via monthly repayments. If they chose to make weekly repayments instead, they would pay $37,400 a week, which, multiplied by 52, equates to $1,944,800 a year – a whole week’s worth of repayments more. Hey, they got 99 problems but a home loan ain’t one.

In paying off a home loan weekly rather than monthly, it’s the four additional repayments that have the greatest benefit. But earlier repayment dates also help, because interest is calculated on your loan balance each and every day. If you look at a mortgage statement the interest charged in February is the cheapest month of the year because it only has 28 or 29 days.

The only thing to be aware of is that many lenders work out weekly repayments by taking the monthly figure and multiplying it by 12 to give you an annual figure, which they then divide by 52 to get a weekly repayment.

So check with your lender how they calculate your repayments and make sure you make the right repayments to pay off your loan faster.

Then you can be a property baller like Beyoncé too. And that’s worth singing and dancing about.