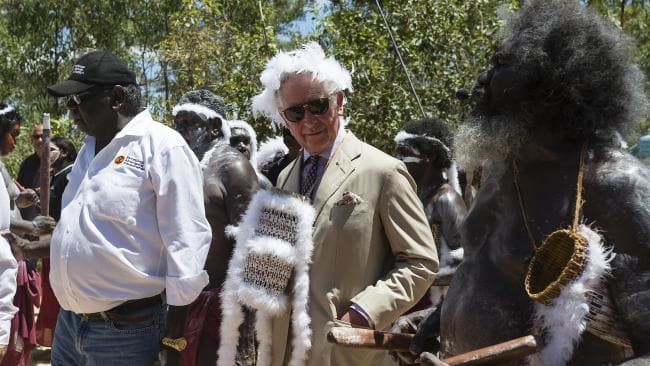 We miss you, Prince Charles. Why not buy a house here?

His Royal Highness Prince Charles is back in Britain after a whirlwind trip of Australia. We loved having Charles and Camilla visit, and we know they loved it too, which is why we think they should buy property out here. That way they can visit whenever they like, and live their own version of the Great Australian Dream.

His Royal Highness Prince Charles is back in Britain after a whirlwind trip of Australia. We loved having Charles and Camilla visit, and we know they loved it too.

Okay, maybe not every single moment…

Things weren’t so golden on the Gold Coast…But there were some purely magical moments. For one, Charlie boy got to meet with Australia’s own royalty, the Irwins on the exotic Lady Elliot Island.

Even Bindi was a little starstuck by the Prince. (Photo by Mick Tsikas – Pool/Getty Images)Then there was that time he greeted a baby sea turtle, almost mistaking it for a freshly shucked Sydney rock oyster.

Prince Charles, Prince of Wales, with a green baby turtle on Lady Elliot Island in Queensland. (Photo by Mick Tsikas – Pool/Getty Images)And who could forget that amazing display of ceremonial garb the Prince of Wales donned in the Northern Territory, when he took part in a Yidaki ceremony.

Donning traditional Aboriginal garb in the Northern Territory. Source: AAPSo, what would it take for Chaz to return to the lucky country for the 17th time and even consider putting some roots down?

Rumour has it, His Royal Highness has considered buying property Down Under to add to his suite of assets. (You know, Buckingham Palace, Windsor Castle, etcetera etcetera).

Much speculation has been made over whether His Royal Highness uses the Domain or Real Estate app for his property search. The Prince and his wife, Camilla Duchess of Cornwall, spent several days at Deltroit Station, near Gundagai in the Riverina, a glorious property owned by MH Premium Farms since 2016. With his interest in organic farming and sustainable food practices, we think His Royal Highness would be very happy in Gundagai, and could pick up a block of farming land – or an old-fashioned shack – for a steal.

There’s a track winding back… Lot 6/18 Eagle Street, Gundagai is listed on Domain for $115,000Or there’s the northern territory, where Charles had a wonderful time donning traditional garb. Darwin has increased in value in recent years, and the 8-seat cinema in this Cullen Bay home will no doubt come in handy for watching reruns of The Crown.

“Daddy, daddy put me down! ”Sadly, the love of the nation isn’t all Charles needs to get approval to buy a place in Australia. As a British national, there are a few barriers he’ll need to overcome before he can live out The Great Australian dream.

Foreign persons generally need to apply for foreign investment approval from the Foreign Investment Review Board (FIRB) before purchasing residential real estate in Australia. The Government’s policy is to channel foreign investment into new dwellings (rather than existing ones) as this creates more construction jobs and helps economic growth.

To buy an established property, he’ll need special FIRB approval. But, this is Prince Charles we’re talking about. You know, son of The Queen, heir to the throne and all that. Surely he can get approval from the FIRB.

Charles may need to dip into the royal kitty because buying property in Australia as a foreign investor comes with some hefty fees. For residential land valued at less than $1 million, the fees are $5,500. But let’s face it, no property costs less than $1 million – at least not in Sydney. And let’s be honest, Chaz needs to live somewhere ravishingly royal. For properties priced between $9 million and less than $10 million, the fees for foreign buyers increase to $100,400. That’s your bracket Charles.

Source: Prince of Wales 2017 annual review. Lenders look at income and because his income is so high, Prince Charles will be eligible for a substantial loan (if he even needs to take one). With $40 million he could buy 40 average-priced houses in Sydney for crying out loud!

No matter where he buys, however, we’d be happy to call him an Aussie. And having his own place to stay means in the future, he can happily avoid those awkward cups of tea at the Sheraton.