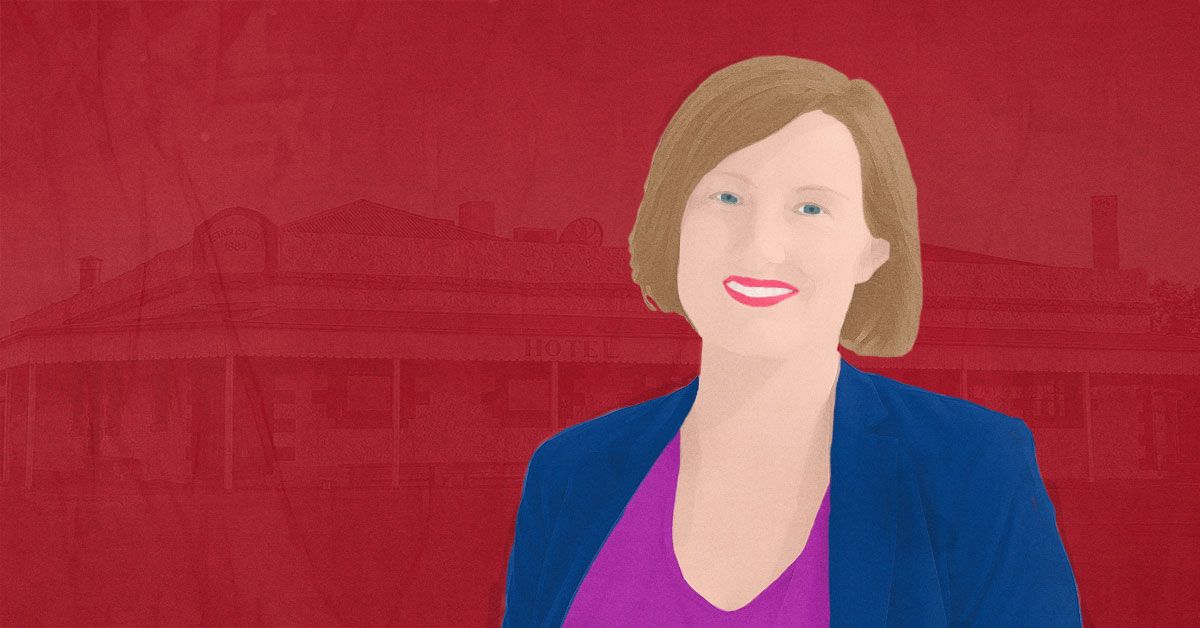 The Great Australian Dream – with mum of two, Anna Porter

Her first purchase had major structural defects but Anna Porter turned her luck around with a series of subsequent property purchases. What drives her is not wanting to have the world’s biggest mortgage when she retires. “I want to have the lifestyle I want to have in my 40s, not my 70s,” she says.

“I GREW up in the Southern Highlands. My mum was a single parent and she bought her own home and paid that mortgage off: that was her priority. We got by but personal wealth and financial security was never really a priority.

Back when country pubs were small family ventures, we owned horses and pubs, so we moved a lot with different businesses and opportunities. We owned Sutton Forest Inn in the eighties. In later years we moved to Wollongong and then we moved to Sydney.

I bought my first place in 2004 – a unit in Engadine, in the Sutherland Shire of Sydney, for about $400,000. I was 20 or 21. We bought at the peak of the market: I was young, I was doing my property valuation courses. I didn’t know a lot about property then. I bought it because I liked it.

It was only a few years old but it had major structural defects. This led to about nine years of fighting the developer, trying to get a payout because it needed $750,000 worth of rectification work. It ended up being a very troublesome property to own for a long time.

The market then went down a little bit and sat flat for years and years. I didn’t see any increase in value until about 2012. So it stopped me from refinancing and being able to buy more properties. It was just the wrong property in the wrong time of the market cycle.

THE next property I purchased was in 2007: a block of flats in Wollongong. After my separation I wanted to buy something that was a good investment. They were all on the one title and needed to be strata subdivided so that was a big undertaking. With my now husband we subdivided it into two separate titles and sold the two in 2012.

I actually wanted to hold onto them longer but my mum needed some money for retirement. We were putting some money into her super fund and there were certain deadlines that had to be met for tax purposes.

In that time we also bought a development site in Kirrawee. We lived there for a while which meant we didn’t have to pay capital gains tax. We got a DA on it for four townhouses and sold it to a builder DA approved. That does help the sale, especially when it’s small. If there’s only two on the site you get a lot of mum and dad investors interested in duplexes but something bigger than two and you’re tapping into that next level. If a developer’s got something DA approved, it gives them the comfort that it’s going to be a good opportunity.

We also bought an investment property in Wynnum West (QLD), which we’ve had for about two years now and a lovely little house in Victoria in a place called Armstrong Creek. We’re currently in the process of purchasing in Adelaide and looking at a commercial property in Sydney. If vacant, a commercial property can be vacant a lot longer than a residential one but typically it has higher returns.

MY philosophies around investing and what it can do for personal wealth and financial security came through my education: when I became a property valuer, that really opened my eyes to what property can do for people if done right. Seeing mum on a pension and the health fees as she gets older concerns me that she is going to struggle financially. That made me want to not ever have to worry about that. My mum owns part of the unit in Engadine now and lives there.

A lot of people ask me when is a good time to sell property and my answer usually is: if you can achieve a goal, sell it. If you can sell your property to buy your dream home, do it.

The only other reason you should sell property is if you can’t afford it anymore. We’ve always bought and sold based on goals. One of the goals was for mum to be able to retire a bit more comfortably, so we sold a property to make that happen. It was also to start my business, so that helped free up funds to do that too.

I don’t believe you hold property forever for the sake of it and I don’t believe you have to be overly aggressive in your investment strategy. Don’t go buy five properties at once in a weekend or buy a property every year for ten years straight. Know what your goals are and reverse engineer them.”