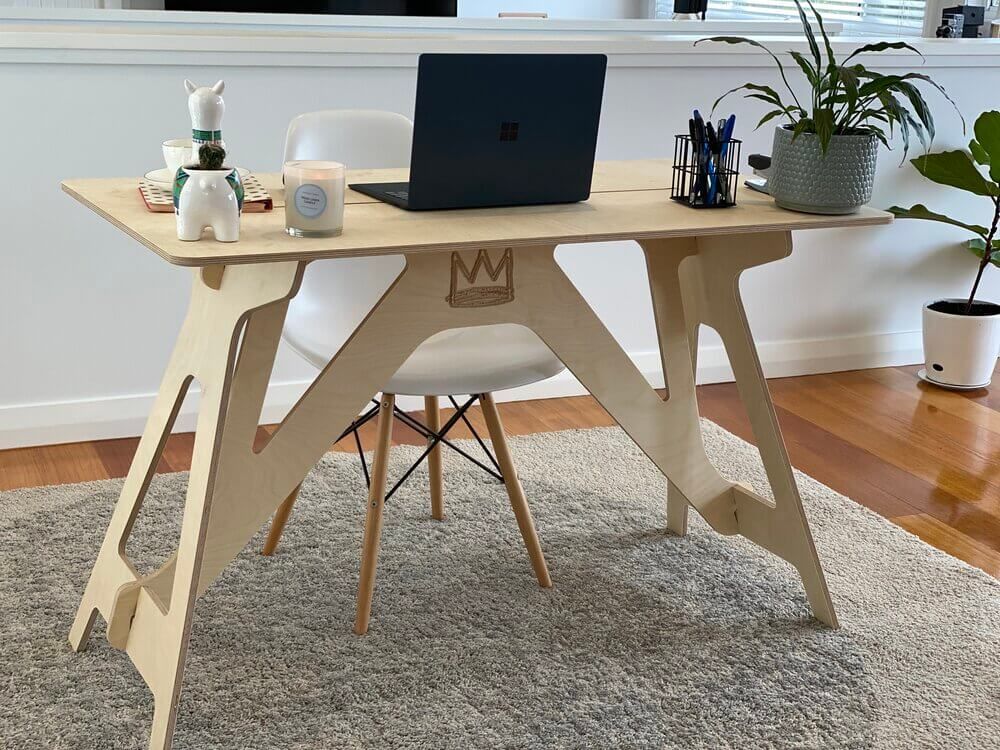 How this business turned adversity into opportunity

The COVID-19 crisis hit Jeremy Fleming and his company Stagekings harder and faster than most other businesses.

The COVID-19 crisis hit Jeremy Fleming and his company Stagekings harder and faster than most other businesses.

As a business that builds large stages for concerts, sporting events, exhibitions and corporate activations, Stagekings relies entirely on mass gatherings of people. So when gatherings of more than 500 or more people were banned on March 13, the business ground to a halt.

The stage they had spent six weeks building for a Miley Cyrus and Robbie Williams concert in Melbourne wasn’t needed, but that was only the beginning. “Over the course of the next few days, the phone just kept ringing and 100% of our upcoming work was cancelled,” Fleming recalls.

Fleming and his wife worked through their financial options, talking to the finance company about their repayments, renegotiating their rent with the landlord, and making the difficult decision to stand down all their 12 staff but one. “It was a really tough day,” Fleming says of letting the staff go.

That weekend, he was chatting to a friend of his who runs a similar business in Ireland who said his company was about to start building standing desks for people to use during lockdown and suggested Stagekings try the same thing.

A new business in two days

So Fleming messaged the head of productions, who designs and builds his own furniture, and the pair went to the workshop the following Monday, drew up some plans, and did some test builds. On Monday night Fleming built the e-commerce site and they were live by 3pm on Tuesday.

They had built a new business in 48 hours!

“We sold 20 desks on the first day. By Wednesday we had to call the crew back. We had half a dozen guys back from that Wednesday and it built up from there,” Fleming says.

The company now sells about 30 different pieces of furniture – a range of desks, laptop stands, monitor stands – and just nine weeks into the new business has sold nearly 8,000 items, including to Singapore and New Zealand. And staff have grown from the 12 before the COVID-19 crisis to 56. “it’s turning into quite the big operation now,” Fleming says.

It’s one of many businesses to have changed its products when the coronavirus crisis struck, including restaurants offering gourmet takeaways; distilleries switching from gin to hand sanitiser; and high tech manufacturers making ventilators.

The business initially tapped into demand for office furniture from people who were working from home for the first time and now it has expanded into what Fleming calls “things that people just want”.

Learn along the way

They’ve asked their 7,000 followers on social media what they need and so are also building desks to do puzzles on, scooter racks, shoe racks, and desks to use on a couch or in bed. “We made that and sold 440 of those in just over a week, which is mind‑blowing.”

Stagekings is also building a Return-to-Work range, with screens and desks that meet the COVID-19 distancing requirements.

It is donating $10 from every sale to Support Act, a charity supporting events industry workers through the pandemic.

It’s been a steep but worthwhile learning curve – marketing, social media, shipping and dealing with 7000 consumer customers instead of a handful of other businesses. “We just looked at the desk just as another project to start with and worked out the kind of people we needed to do it and the machinery and the materials, and we just did it,” he says.

For Fleming, there’s one big lesson from the pivot to desk building: “If you’ve got a good idea, start and then learn along the way.”