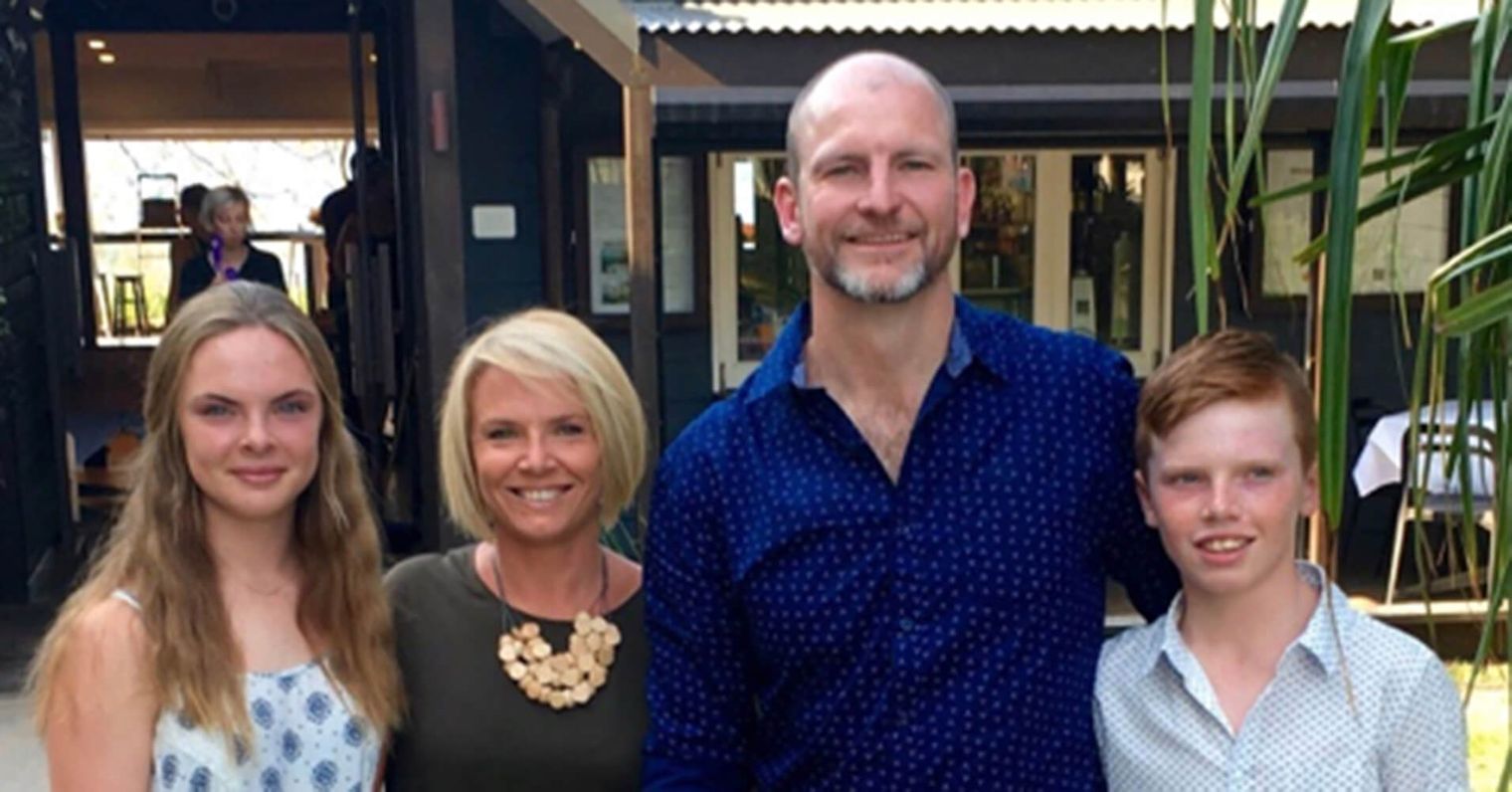 Upgrade or renovate? How one growing family decided with UNO

It's an issue confronting growing families – borrow to renovate their home or upgrade to a property that better suits their needs straight away?

David and Samantha Jack needed to face up to an issue confronting many couples as their families grow. Should they borrow to renovate and make their home more family friendly or sell up and upgrade to a property that better suits their needs?

The Jacks bought their home in Sydney’s Northmead in 2002. David Jack says it was a classic “worst home, best street” and the plan was to do it up over time. They realised about four years ago that with three growing kids – now aged 16, 14 and six – they needed to decide on whether to renovate or upgrade.

“We’d done some improvements over the years but nothing structural,” he says. “It got to the point where we had outgrown the house.”

The Jacks looked at their options. They were happy with where they lived – their four-bedroom home was on a good-sized block in a nice suburb close to schools and just 30 minutes from the CBD. Buying elsewhere might mean moving further away from the city or doubling their mortgage, but it would save them having to live through a major renovation, which was likely to take at least a year.

If the Jacks were looking to sell and buy elsewhere, they might have considered taking out a relocation loan, says Tim Bowcock, head of mortgage services at UNO Home Loans. Relocation ­or bridging loans help borrowers buy a new home before selling their existing property.

UNO Home Loans’ Tim Bowcock“Relocation loans are a great way to manage the transition from a current home to your new home,” he says. “They’ll help you deal with the peak debt during the transition period without impacting your lifestyle.

“The key thing is to plan ahead and make sure you’re with a lender that offers these types of products before you look to buy.”

As a sounding board, the Jacks called in David’s former schoolmate, Walter Nanni, a former real estate executive who had previously helped them buy and sell. He is now a buyer’s agent with Cohen Handler.

As the Jacks were looking at borrowing to renovate or upgrade, Nanni suggested they could use the capital in their home to buy an investment property. If they could get an investment property at the right price in Sydney’s hotly contested market and hold it for long enough, they would be able to sell it at a profit and help pay off the mortgage on their newly renovated home.

Another option they might have considered was renting a bigger house while they renovated. Not only could they avoid living in rubble for a year, they could use the capital in their home to borrow enough to cover the renovation costs as well as buy an investment property. “This might have got them ahead financially but it wouldn’t have suited their lifestyle,” Nanni says.

In the end, with the help of a loan organised through UNO Home Loans, the Jacks decided to borrow enough to renovate only. The decision was made easier because Samantha is an interior designer; her business, SLJ Interiors, regularly has clients who are renovating their properties.

Samantha Jack says it’s much easier to know how to get the most out of renovation if you have lived in a house for a long time. “You get a better idea of how you use it,” she says. “If we’d bought in another area, we would have got something that I would have wanted to change straight away.”

The Jacks didn’t want to spend more than $150,000 to $180,000 on the renovation but it ended up costing about $220,000. But this doesn’t matter, David Jack says, because the home suits the family perfectly. “It’s a cracker of a space to live in. It was done on a shoestring but with a clever use of materials.

“Samantha put so much effort into the design. It doesn’t look like a renovation; you’d struggle to see where the ‘old house’ ended and the ‘new house’ began.”

Nanni says he often comes across families faced with a similar decision to the Jacks, perhaps needing to choose between borrowing $300,000 to renovate or $500,000 (or more) to buy elsewhere.

Cohen Handler’s Walter Nanni“It’s a dilemma for anyone,” he says. “You’ve got three kids and you’ve got to provide for them – you’ve got schooling and other things to consider, and you think you need a bigger home. You might have a nice block of land in a top location, but three bedrooms might not be enough if each kid needs their own room, for instance.”

Staying means living through the renovation, which can be tough for a family with small children and pets. But deciding to move can add financial and emotional pressures, Nanni says.

“You’ve got to go through the process of selling your home – and you can’t buy until you sell,” he says. “There’s a lot of insecurity and uncertainty, especially today in Sydney where there’s not a lot of stock. Families are staying put because they’re saying ‘What if we don’t find something? What if I’m priced out of the market?’”

Nanni says those who opt to sell and then buy need to consider the many costs involved, such as agent fees and moving expenses. Then there’s stamp duty. “That alone is $100,000 [in NSW],” he says. “With that $100,000, Dave and Sam have gone a long way to rebuilding their own home.

“What they did makes perfect sense. They have capitalised on their own home and minimised their costs. It all comes down to personal choices.”