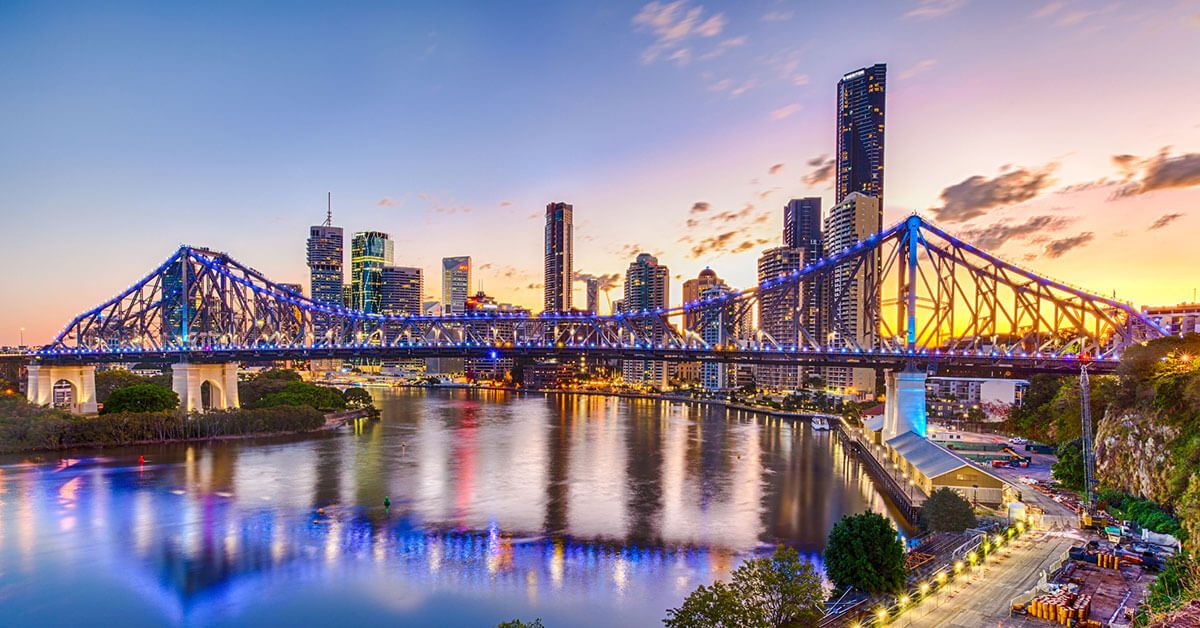 Deciding where to invest will depend on a buyer’s individual goals, how much they have to spend and what they might already have in their portfolio. Having some insider knowledge also doesn’t hurt. We chat to some experts about their predictions for 2018.

It was Liza Minnelli who sang, “a mark, a yen, a buck or a pound; Is all that makes the world go around.” These days it might sooner be Bitcoin, but no matter their poison, investors are expected to be out in full force again in 2018.

The question is, where to invest?

Upgraders and investors remain the key drivers of housing demand in Australia, the latest CoreLogic housing market update shows, despite investor demand slowing in NSW and Victoria last year. The number of dwellings approved for construction has also eased from record-high levels to above the long-term average with approvals lifting over the past three months. As for population growth, which remains high, net interstate migration remains strong into Victoria but is now stronger into Queensland, the data shows.

What does all this mean for investors? We asked some experts for their advice.

Try our free personalised home loan report for information tailored to your situation.

Property investment strategist and founder of Wealthology Australia, Leonie Fitzgerald says deciding where to invest will depend on a client’s individual goals, how much they have to spend, and what they might already have in their portfolio.

“I usually conduct an assessment with the client before recommending any particular areas,” she tells UNO.

But she does offer the following generalist investment strategies:

Stick with capital cities. Capital cities tend to have more infrastructure, a greater number of jobs and a higher population. This equates to a significantly higher rental demand than in other areas, resulting in lower vacancy rates.

Diversification is key. Fitzgerald suggests looking further afield and buying property in different areas – even different states to where you may have looked or bought previously. “Markets grow at different times so if you had a property in each of the major capital cities you should have good capital growth each year overall,” she says, adding this will also help you avoid land tax.

Follow the cycles. Don’t buy in an area that has been on the list of investment ‘hot spots’ for a few years already. “Invest in a rising property market, in the early stages. Understand the property clock,” she says. “Brisbane is a great place to invest today as Sydney has had their boom, Melbourne may not have much more growth in the current cycle and Brisbane is on the way up,” she says.

Read: Your guide to property investment

How to pick an investment hub

As a recent survey from the Association of Foreign Investors in Real Estate (AFIRE) shows, Australia has dropped one place to number five on a list of most stable countries for investors. This means it’s still in the top five of most stable countries for investors in the global economy – following the US, Germany, Canada and the UK. (The UK traded places with Australia to come fourth this year, despite Brexit’s downward impact on the British real estate market.)

One reason for the drop could be the unprecedented levels of development in the CBDs of Melbourne and Brisbane over the past year, which have led to price declines.

However, Real Estate Buyers Agents Association of Australia (REBAA) president, Rich Harvey predicted late last year that Hobart and Brisbane were likely to remain buoyant thanks to interest from interstate buyers priced out of Sydney and Melbourne.

“The first quarter started strongly but we saw the Sydney market cool in the third and fourth quarters while Melbourne is also showing initial signs of cooling,” he said.

“Tasmania and Brisbane seem to have bucked the trend with price growth anticipated to continue well into 2018.”

Jordan Navybox, general manager for Cohen Handler buyers agents in Brisbane, agrees there are parts of Brisbane not to be dismissed – the sunny capital has the second fastest growing population in Australia, after Melbourne, after all.

But even better than Brisbane, says Navybox is the Gold Coast.

“The Commonwealth Games in the Gold Coast this year means short term growth is likely. It’s got a really strong organic population growth right now. People moving states and looking for a sea change can buy a unit three streets back from the beach for $700,000 – or a unit with ocean views for $600,000,” he says.

And, while the influx of jobs during the Games will dissipate once they’re over, Navybox says the fact the city will be showcased on a global scale means overseas buyers will be looking and wondering how much it costs to buy there – making it a good investment.

“When they realise they can buy something with uninterrupted ocean views for $600,000, they go, ‘wow’,” he says.

What not to do

Navybox adds that a good rule of thumb when looking to invest, is to avoid so called ‘hot spots’ from the previous year. “Areas that have grown more than 20% in a single year, and outside a capital city – the following year, they’re the ones to avoid,” he says.

He cites the Hills District in Sydney, which people are investing in because of Sydney Metro Northwest, (formerly the North West Rail Link). “It was good to invest there four years ago when they announced it; not now that’s it six months or 12 months from completion,” he says.

“Areas like mining towns can perform really well over short periods of time… but the long-term sustainability of those property prices is not there, so the long-term investment is heavily at risk.”

Is Hobart done and dusted?

For the past few years, Hobart has been considered one of the best spots to invest, offering more affordable property options than Australia’s other capital cities. But Navybox warns it may be too late – particularly as Hobart is never going to become a thriving CBD to rival Sydney or Melbourne.

“Hobart is a capital city and there’s a great population, there’s some short-term money to be made there, but what’s in Hobart?” Navybox says. “I go there to play golf, drink wine and then I leave.

“If the average house price is $150,000, then I’d say go for it 100%. But average house prices are on par with other cities; it’s so far away; the weather’s not great. If Telstra decides to pack up out of Sydney and take its operations somewhere else, it’s not going to be Hobart,” he says. “It’s not an area where businesses want to put their head offices.

“Look at where our population is living, and where they want to live,” he suggests.

Property valuer and principal of Suburbanite, Anna Porter believes the city of churches is a place to watch in 2018, offering blue chip investments (property perceived as safe, steady and low risk).

“Adelaide is at the right timing in the cycle – it’s at the early stages of its growth cycle,” she says, adding some really interesting projects are planned for the city in coming years.

One is the new, $2.3bn Royal Adelaide Hospital – the most expensive building to be built in Australia. “As well as employment growth, there’s the flow on effect for florists, bakeries, cafes: all the local businesses are going to see the impact,” says Porter.

Add to that the $35 billion future frigates navy program, the $50 billion Future Submarines project, and a $330 million upgrade to Adelaide Casino, each creating thousands of new jobs, and all signs point to a strong rental market in Adelaide over the next few years, Porter argues.

“You’re not getting the highest yields in the country but you’re getting some of the lowest vacancies and some of the strongest rental demand,” she says. There are some areas to be wary of, however, such as Elizabeth North and Christie’s Beach in the south – low income areas where tenant reliability can not be guaranteed.

Brisbane’s apartment glut has sent investors flying over the past year, with CoreLogic data showing late last year that unit supply in the capital was set to grow by 20% between 2016 and 2018. But Brisbane is a double-edged sword, says Porter, who believes if you avoid areas such as Logan and Ipswich, it is still a good place to invest in over the next few years.

“It’s going to be a bloodbath and reminiscent of Melbourne over the last decade,” she admits. “If you have a house or townhouse within 20 mins of the CBD, that’s the type of property the locals like.”

She cites the $3bn Queen’s Wharf project, expected to boost visitation to the city by more than 1 million, as a reason investing in Brisbane remains a good choice. “It’s a game changer and if you’re within a stone’s throw of that, you’re going to do well over the next 3-5 years.”

Research is key. “Make sure you’ve done due diligence; don’t rush in and buy it the first weekend you’ve stepped off the plane in Brisbane. The agents will know you’re not from the area even if you think you‘ve covered that up well. You could end up buying in a flood zone or with methadone clinics over the back fence.”

Just because it’s cheap, it doesn’t mean it’s good. “Sometimes a property is cheap because there’s something wrong with it. And not all property goes up in value. Sometimes you don’t have a tenant for six months of the year, so how do you afford to hold onto it?” Particularly if interest rates rise dramatically.

Don’t buy on a whim. “Don’t skip the pest and building report,” stresses Porter. “One client did this recently – they got excited, didn’t ring me, and they bought the place, saying, ‘because there were other buyers there, we assumed they would have done it’. All the other buyers there were tradies and builders related to the property. It did have structural issues that ran the bill out to $40,000 or more just to do the minimum work required to get it safe.”

Porter says just because a place is cheap, it doesn’t mean it will go up in value.

“If you want to get great growth, great rental returns, have the property pay for itself, borrow 100% of the property and not have a deposit down, that’s a unicorn. It doesn’t exist. And, any investment firm that tells you it does is lying to you,” she says.

“Don’t try to get it all in the one property … have a strategy: what are you trying to achieve? Look at your 5-10 year goals and reverse engineer that.”

To discuss your investment goals and find the right loan for you, email us at customer.care@uno.com.au or book a call with our customer care team today

It’s important to note that the information we give here is general in nature – no matter how helpful or relatable you find our articles. Even if it seems like we’re writing about you, it’s not personal or financial advice. That’s why you should always ask a professional before making any life-changing decisions.